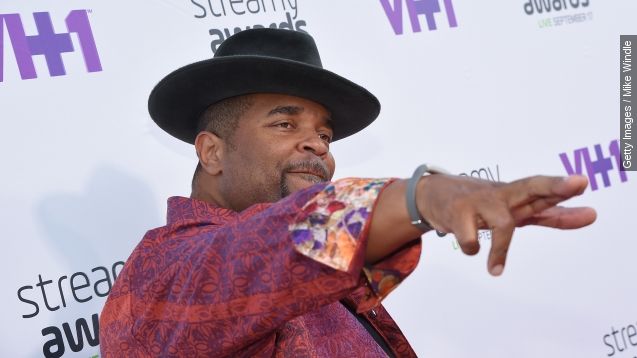 We’ve all been on the receiving end of an occasional text or call from the wrong number, but when Seattle University law student Jonathan Nichols started getting calls from Ferrari dealerships and receiving raunchy texts, he knew something was up.

He eventually realized his phone was "blowing up off the hook" because people were trying to reach Anthony Ray, better known as Seattle rapper Sir Mix-A-Lot. (Video via Rhyme Cartel Records)

Turns out, Verizon gave Ray’s old number to Nichols after the hip-hop icon switched phone numbers, but plenty of Mix’s acquaintances didn’t get the memo.

When The Seattle Times asked the "Baby Got Back" rapper what he thought about the Mix-A-Lot mix-up, he said: "That is hilarious. Poor fella."

Ray also advised 33-year-old Nichols to not open any text messages in front of his wife and added, "Tell him any really sexy pictures — little in the middle, and if she’s got much back — give them the new number."

Even though Sir Mix-A-Lot may have swapped his phone, there are still some very memorable digits where you can reach him. (Video via Universal Music Group)