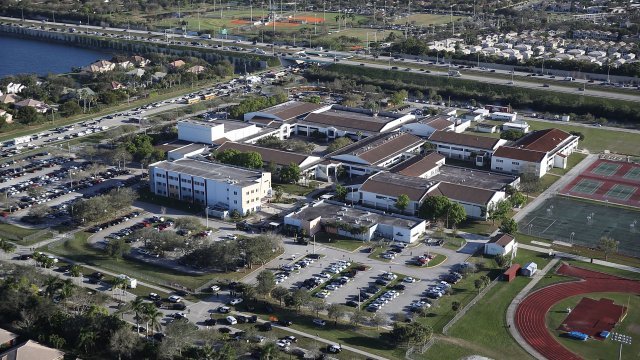 Florida Highway Patrol Officers are outside each entrance of the school. And other law enforcement officials are in the building.

In a letter to the entire high school, the school district will provide all students with clear backpacks. Those will be the only bags allowed on campus.

In a separate letter to the Broward County School District, Superintendent Robert Runcie said the district will also install permanent metal detectors in every school and require everyone to wear identification. These, among other security measures, will go into effect when students return from spring break in April.

To be clear, the school officials are adding these measures after a number of incidents, not just February's deadly school shooting. For instance, two students were recently arrested on suspicion of bringing knives to school. The brother of the gunman was also arrested for trespassing after he was told to stay off campus.