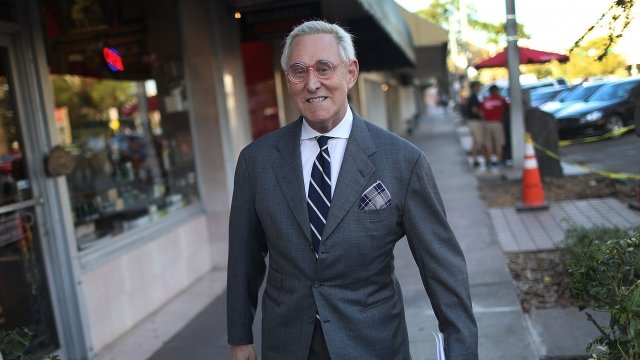 The unnamed associate told The Washington Post that Stone said Assange had given him advance notice about emails obtained from the Democratic National Committee.

During the 2016 presidential campaign, Stone teased his knowledge of the DNC hacks on social media before the emails went public.

Despite earlier claims he'd "communicated with Assange," Stone has denied any contact with him. WikiLeaks also previously said it hadn't been in contact with Stone.

Stone told The Washington Post when he mentioned meeting Assange to Nunberg, he was joking and said he didn't remember saying anything similar to anyone else.