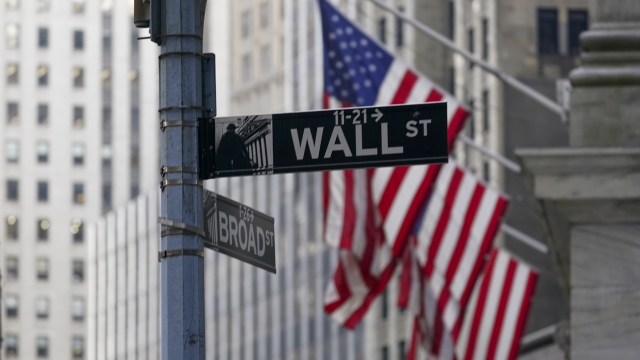 The Dow Jones dropped by more than 700 points Monday morning, while the NASDAQ and S&P 500 were down 440 points and 120 points, respectively.

Stocks sank in morning trading on Wall Street Monday, putting the benchmark S&P 500 on track for what the market considers a correction — a drop of 10% or more from its most recent high.

The economy is a top concern for many Americans as they feel the brunt of record-high inflation and supply chain snarls under President Biden.

The declines in the market extend a recent run of losses that have left major indexes in a January slump. The Dow Jones Industrial Average fell 712 points, or 2.1%, to 33,544 and the Nasdaq fell 3%.

Investors have been growing increasingly worried about how aggressively the Federal Reserve, which holds a policy meeting this week, might act to cool rising inflation. Wall Street anticipates the first increase in interest rates as early as March, and investors have grown increasingly concerned the Fed will have to raise rates more quickly and more often than the central bank originally indicated.

The Fed’s benchmark short-term interest rate is currently in a range of 0% to 0.25%. Investors now see a nearly 70% chance that the Fed will raise the rate by at least one percentage point by the end of the year, according to CME Group’s Fed Watch tool.

Inflation is putting pressure on businesses and consumers as demand for goods continues to outpace supplies. Companies have been warning that supply chain problems and rising raw materials costs could crimp their finances. Retailers, food producers and others have been raising prices on goods to try to offset the impact.

Wall Street also has several key economic reports to look forward to this week. Investors will get more data on how consumers feel with the release on Tuesday of The Conference Board's Consumer Confidence Index for January. The Commerce Department releases its report on fourth-quarter gross domestic product on Thursday and its report on personal income and spending for December on Friday.