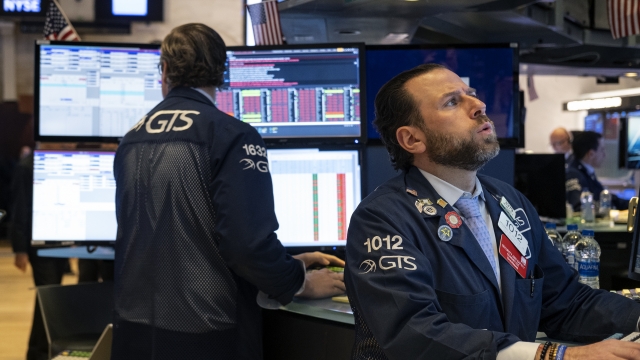 Trading on the New York Stock Exchange was halted for 15 minutes shortly after the opening bell following an 8% drop on the S&P 500. That's the third time in six sessions that the so-called circuit breaker was automatically triggered.

Goldman Sachs predicted that economic activity would “contract sharply” for the rest of March and April as consumers and businesses cut spending. The analysts said that may lead to a recession.

The market tumbled despite the Federal Reserve Board slashing its benchmark interest rate to near zero on Sunday —the second emergency rate cut this month. The Wall Street Journal reported that some investors saw the cut and other actions by the Fed as too much stimulus, too soon.