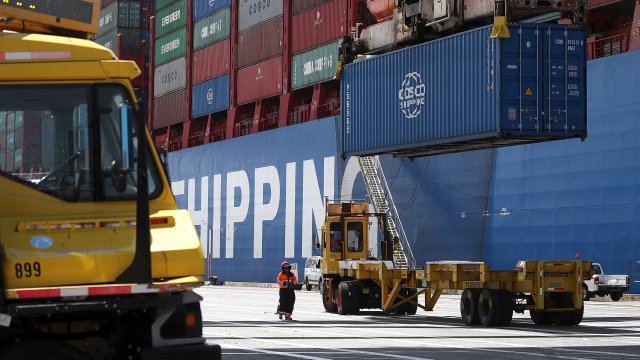 On Monday, the stock market suffered its worst day of 2019 so far, with the Dow dropping more than 750 points. That amounts to about 3% of the market. At one point, it was down almost 1,000 points. Monday's drop is the sixth-biggest in the stock market's history.

Financial experts say the ongoing trade war with China is to blame for the steep drop. On Monday, the Chinese government devalued its currency, the yuan, to about 6.9, its lowest level since December. That means one U.S. dollar buys about 7 yuan.

To put that in perspective, the U.S.-yuan exchange rate is typically below 7. The last time it was above 7 was the 2008 financial crisis.

The devaluing of the yuan is widely seen as retaliation against President Trump's plan to levy a 10% tariff on $300 billion worth of goods. That plan means that the U.S. has put a tariff on almost every Chinese good that makes its way into the States.

The Nasdaq and S&P 500 also suffered major losses, falling about 3.5% and 3%, respectively.