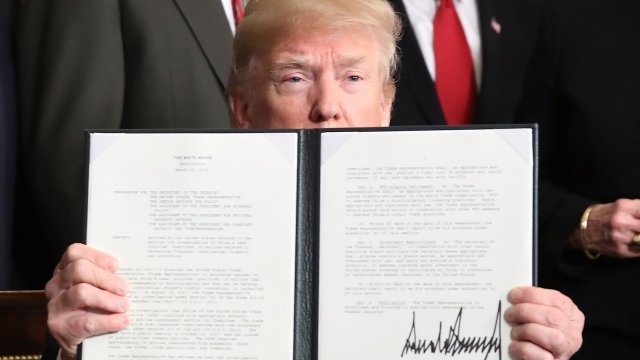 The stock market dropped following Trump's announcement, with the hardest hit companies being Boeing and Caterpillar. That's because if China retaliates with tariffs on U.S. goods, it would likely target aircraft, industrial machinery, and agriculture. China is currently one of the largest markets for those U.S. industries.

The National Association of Manufacturers and the National Retail Federation warned Trump his tariffs would lead to higher costs for Americans. Farmers for Free Trade said the tariffs "put a target on American farmers' backs."

The Trump administration will release a list of targeted Chinese products in 15 days, then allow 30 days for public comment.