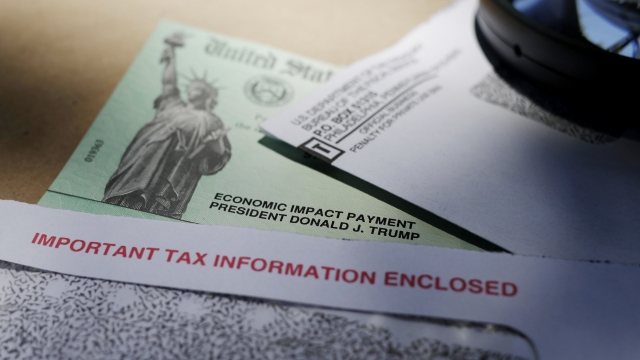 A congressional watchdog has found the federal government sent nearly $1.4 billion to more than one million dead people.

The U.S. Government Accountability Office issued the findings in a report published Thursday. The report identified one issue that may partially explain the problem. The GAO says the IRS had access to death records but the Treasury and Bureau of Fiscal Service, which gives out the payments, does not.

The report recommends Congress give the Treasury access to the Social Security Administration's full set of death records and require it to use it consistently to "reduce similar types of improper payments."

It also recommends the IRS look at cost-effective options for notifying ineligible recipients and getting the payments back. The IRS has previously posted on its website that stimulus checks issued to dead people have to be returned. Beyond that, the IRS hasn't done anything to actually try to get that money back.

Lawmakers are getting ready take up another stimulus package in July. President Donald Trump, along with many Democrats, reportedly said he's in favor of sending Americans another round of stimulus checks to help boost the economy. GOP senators, on the other hand, are worried about the cost.