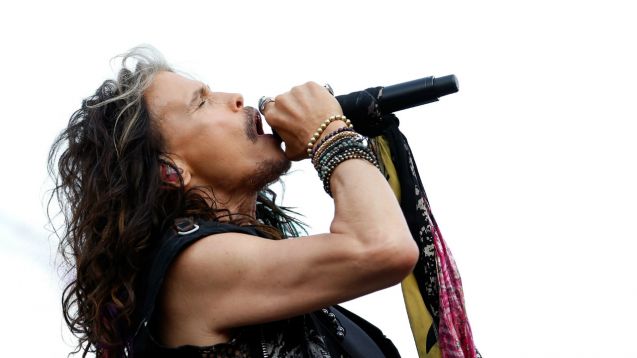 Donald Trump thinks he can use an Aerosmith song on his campaign trail?

Aerosmith filed a cease and desist letter against the presidential candidate to stop using the song "Dream On" at his rallies. (Video via Columbia Records / Aerosmith)

According to The Hollywood Reporter, Steven Tyler's reps said using the song gives the "false impression that he is connected with or endorses Mr. Trump's presidential bid."

This is really nothing new in political races, and nothing new to Trump either.  He's been shut down multiple times.

But in case you didn't know, Steven Tyler is now in the country music business. And there are a heap of country stars who support Trump. (Video via Dot Records / Aerosmith)

Conservative rocker Ted Nugent who competed on the Celebrity Apprentice told WIBX's Keller in the Morning "I'm a big fan of Donald Trump because I believe in bold, aggressive, unapologetic truth."

So maybe he should just stick to playing his supporters' music.  It might make things a little less awkward.