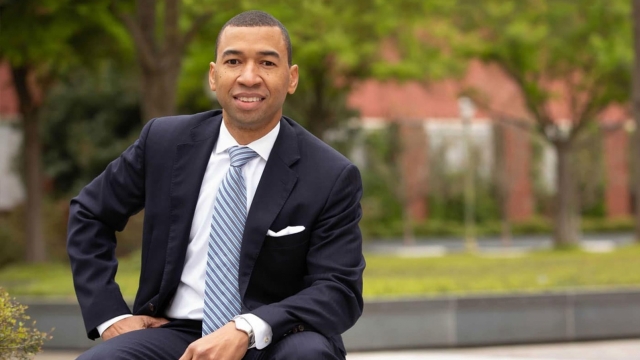 Alabama's capital officially has its first black mayor. Steven Reed was sworn in Tuesday in front of a packed room.

Reed was elected mayor in a runoff election back in October, earning 67% of the vote against local TV station owner David Woods. He's replacing Todd Strange, who did not seek reelection.

Reed, who was born and raised in Montgomery, has made history in the state before. Back in 2012, he became Montgomery County's first black probate judge. He was also the youngest person ever to hold that position. And in 2015, he became the first Alabama probate judge to issue same-sex marriage licenses.

Montgomery is Alabama's second-largest city and has a predominantly black population. It became the epicenter of the civil rights movement in 1955 after Rosa Parks refused to give up her seat on a bus, sparking the Montgomery bus boycott and massive voter rights protests.

In his inauguration speech, Reed said: "Because [of] our hearts and our actions, I stand here in a position that many of those who were sold on the banks of the Alabama River, just a few feet from here, could only have imagined. This is a culmination of those distant dreams."

Reed says he'll focus on increasing teachers' and first responders' salaries during his time as mayor. Some other issues he'll inherit as mayor of Montgomery include violent crime, high poverty rates and a troubled transportation system.