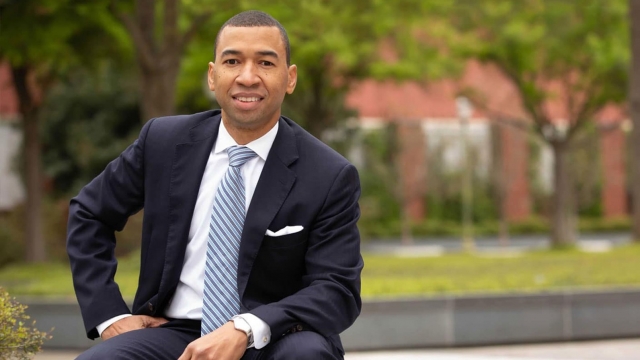 Steven Reed will be the first black mayor of Alabama's capital since it was founded in 1819.

"It's a new day for Montgomery."

Steven Reed made history as he was elected mayor of Montgomery, Alabama, on Tuesday. He'll be the city's first black mayor since it was founded in 1819. According to the U.S. Census, 60% of the capital's residents are black.

Reed also made history in 2012 when he became Montgomery County's first black probate judge, as well as the youngest person ever to hold that position. He was also the first Alabama probate judge to issue same-sex marriage licenses in 2015. The 45-year-old beat David Woods, a local TV station owner, by more than 16,000 votes.

"It's certainly significant, given the history of Montgomery, given all that happened here. Montgomery has been a pilot for so many world-changing events. Bus boycott. So many other things that have happened here. And so being a part of that history is very heartfelt to me."

Some of that history includes being the first capital of the Confederate States of America and a stronghold of racial violence and discrimination during the Jim Crow era. But it also includes the Montgomery bus boycott in 1955, Martin Luther King Jr.'s Dexter Avenue Baptist Church and the Selma-to-Montgomery protest marches in 1965, which led to the Voting Rights Act. Just last year, the city opened the National Memorial for Peace and Justice, the U.S.' first memorial to thousands of black lynching victims.

He is scheduled to be sworn in on Nov. 12 at Montgomery City Hall.