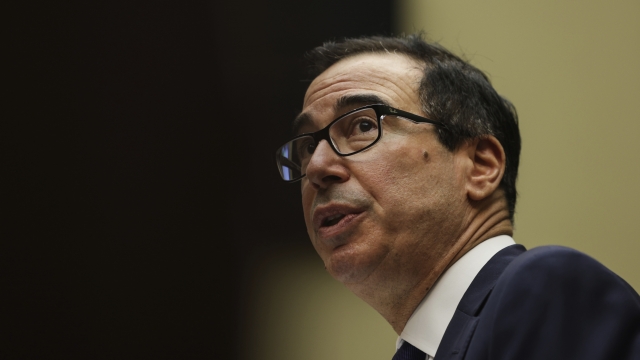 SMS
Steven Mnuchin Says Talks On Coronavirus Relief Have Stalled
By Newsy Staff
By Newsy Staff
September 7, 2020
House Democrats and the Trump administration will move forward this week with a deal which will keep the U.S. government funded.
SHOW TRANSCRIPT

House Democrats and the Trump administration will work out the details and move forward this week with a deal that will keep the U.S. government funded.

But Treasury Secretary Steven Mnuchin says there isn't a lot of progress on a coronavirus relief bill.

"The speaker has refused to sit down and negotiate unless we agree to something like a two and a half trillion dollar deal in advance. And, Brett, as you know, we put $3 trillion into the economy when the economy was completely shut down. We've now reopened the economy. Well, let's, let's do a more targeted bill now."

Mnuchin said Senate Republicans will move forward with a scaled-back proposal this week.