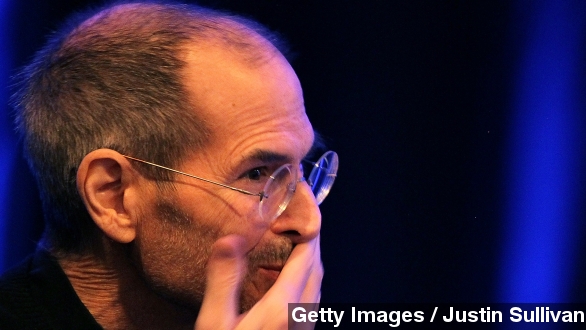 SMS
Steve Jobs' Frank Emails Could Cost Apple Serious Money
By Steven Sparkman
By Steven Sparkman
December 1, 2014
In a string of antitrust cases against Apple, emails sent by the late founder and CEO Steve Jobs have been used as evidence against the company.
SHOW TRANSCRIPT

A nearly-decade-old class action lawsuit against Apple is finally about to go to court, and the star witness for the plaintiffs will be the man synonymous with the company, Apple's late founder and CEO Steve Jobs.

The plaintiffs accuse Apple of using unfair business practices to establish a monopoly in digital music back in the mid-2000s.

Basically, they claim if an iPod owner bought digital music from anywhere other than iTunes, Apple sabotaged their ability to play that music on their device, deliberately stifling competition.

Apple has always maintained that any updates it issued to the iPod were for the benefit of customers. It says the fact that they also blocked the ability to play music from a competitor was an unintended side effect and not Apple's problem.

But The New York Times' Brian Chen says Apple's lawyers will have a tough time, because Steve Jobs was ... let's say loose-lipped in his emails.

One already-public email from Jobs in 2003 says, "We need to make sure that when Music Match launches their download music store they cannot use iPod. ... Is this going to be an issue?" Musicmatch was a competing online music store.

The case is expected to produce more emails and a videotaped deposition given by Jobs before his death in 2011, as well as testimonies from current executives. Apple could be on the hook for $350 million if the court rules against it, which, in all honesty, isn't much for the $700 billion company.

But it's part of a troubling pattern for Apple: the words of its late founder have been turned against the company in court more than once.

Over the summer, Apple agreed to pay $400 million to e-book customers after the Department of Justice won an antitrust suit. The suit claimed Apple colluded with e-book publishers to raise prices.

A widely-circulated email from Jobs was used as evidence in that case.

Apple is also part of an upcoming lawsuit involving several Silicon Valley companies about so-called "no poaching" agreements. Plaintiffs say big tech companies quietly agreed not to hire each other's workers in an effort to hold down wages. Jobs has already made an appearance in that case, too. (Video via Los Angeles Times

The Apple visionary's lack of filter was famous and often entertaining. There are "best of" lists all over the web with some of his most curt emails, like telling an angry customer who spilled water on his laptop, "It sounds like you're just looking for someone to get mad at other than yourself."

But when all is said and done, that refreshing candor might wind up costing the company almost a billion dollars if all three cases go against it, which, even for Apple, is no laughing matter.