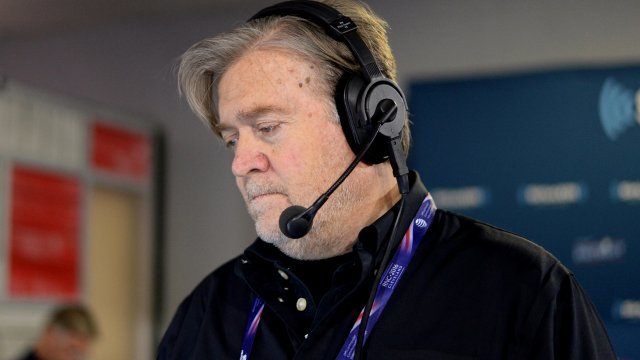 SMS
Steve Bannon Leaves Breitbart News
By Austin Kim
By Austin Kim
January 9, 2018
Bannon came under fire recently due to comments attributed to him in the book "Fire and Fury: Inside the Trump White House."
SHOW TRANSCRIPT

Steve Bannon is stepping down as the head of Breitbart News.

President Donald Trump's former chief strategist took heat when he unloaded on the Trump family in Michael Wolff's book "Fire and Fury: Inside the Trump White House." Bannon called the actions of some Trump family members "unpatriotic" and "treasonous."

The president hit back at Bannon, saying he had "lost his mind." After that, Bannon started to lose his backers, including the influential Mercer family, who denounced his comments.

Bannon wrote in a statement he was "proud of what the Breitbart team has accomplished in so short a period of time in building out a world-class news platform."