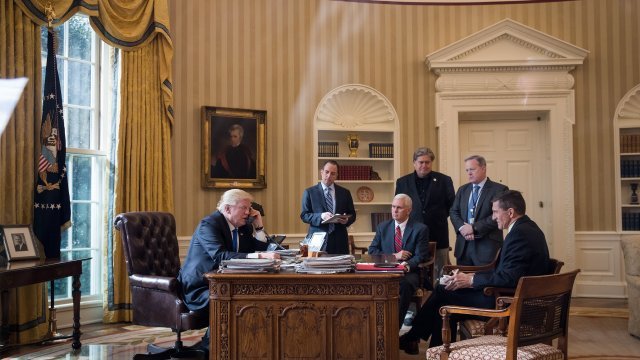 By Matt Picht
August 18, 2017
Steve Bannon is the latest in a long list of White House officials who've left the Trump administration in its first year.
SHOW TRANSCRIPT

The White House has a bit of a turnover problem: Steve Bannon is just the latest high-profile aide of President Trump to exit the administration.

Bannon's departure comes less than one month after his GOP establishment rival, Reince Priebus, was forced out of the White House chief of staff role during Anthony Scaramucci's brief tenure as White House communications director. 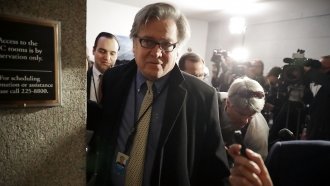 And Scaramucci was only able to get a White House job thanks to the exit of Communications Director Mike Dubke in May.

Other officials left under shadier circumstances — former national security adviser Michael Flynn was the first of Trump's close confidants to be shown the door after his contacts with Russia during the Trump campaign came to light.

And the investigation into Flynn and Russian election interference eventually led to Trump's biggest departure when he fired FBI Director James Comey. That touched off a series of leaks and speculation culminating in dramatic testimony from Comey before Congress.