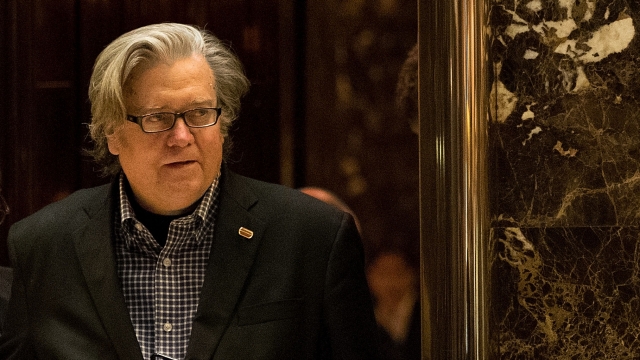 SMS
Steve Bannon Loses His National Security Council Gig
By Briana Koeneman
By Briana Koeneman
April 5, 2017
The decision to remove Bannon from this role was part of a broader reorganization of the council. He's still the chief White House strategist.
SHOW TRANSCRIPT

Chief White House strategist Steve Bannon has officially been removed from his role in the National Security Council.

Bannon was bumped from his position as part of a broader reorganization of the council.

President Donald Trump used an executive order to put Bannon on the NSC just days after the inauguration. 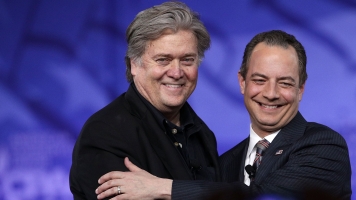 The new memorandum from the president doesn't include the chief strategist at all.

Trump's decision to include Bannon on the council was immediately seen as unusual. Bannon has no political experience and was the former executive chairman of partisan media site Breitbart.