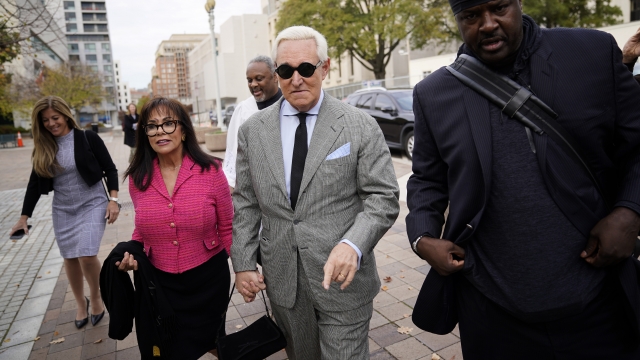 The trial started this week in Washington, D.C. Stone is President Trump's former campaign adviser. He is accused of lying to Congress, witness tampering and obstructing justice, and he's pleaded not guilty to all counts. If he's convicted, he could face up to 20 years in prison.

According to emails obtained by The New York Times, Bannon was in communication with Stone in 2016 about stolen Democratic emails.

Mueller's investigation found Russia interfered in the 2016 presidential election, but it didn't conclude whether or not President Trump and his administration obstructed justice. Mueller left that up to Congress to decide.

Gates pleaded guilty to charges related to Mueller's investigation and is waiting to be sentenced.