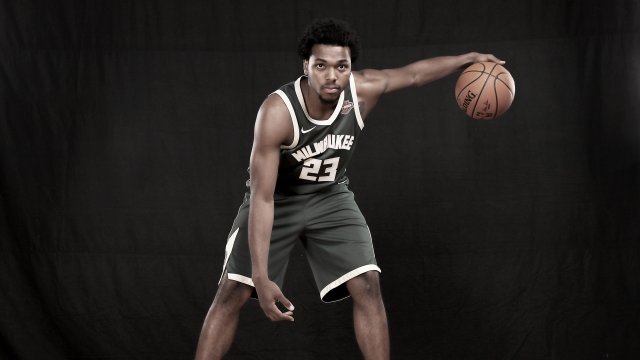 Milwaukee Bucks player Sterling Brown is suing the city of Milwaukee, the city's police chief and several of the police department's officers.

According to the lawsuit, Brown is suing for unlawful arrest and excessive force. In January, he was approached by police after he double-parked in a parking lot. Body camera footage shows officers forcing him to the ground and tasing him. Brown's attorney said this case is an example of the city's treatment of African-Americans.

The complaint also claims Brown's arrest was racially motivated. It alleges officers made "thinly-veiled racist comments" to Brown at the scene. It also points to several social media posts from one officer's Facebook account, including a post criticizing people who call out police brutality.

The complaint said the officer made posts mocking NBA players before and after Brown's arrest. One of the posts says, "Nice meeting Sterling Brown of the Milwaukee Bucks at work this morning! LOL #fearthedear." Another post appeared to mock NBA star Kevin Durant's hair while another said, "I hope J.R. Smith double parks in Walgreens handicap Parkin [sic] spots when he's in Milwaukee," referencing a blunder Smith made in Game 1 of the 2018 NBA finals.

Brown received a parking ticket but was not charged with a crime. Some of the officers involved were suspended after the incident and others were required to review department policy. The suit says Brown had to be treated for minor injuries at a hospital after his arrest. He is seeking compensatory and punitive damages.