Trump's 2nd Pick For Fed Board Withdraws From Consideration 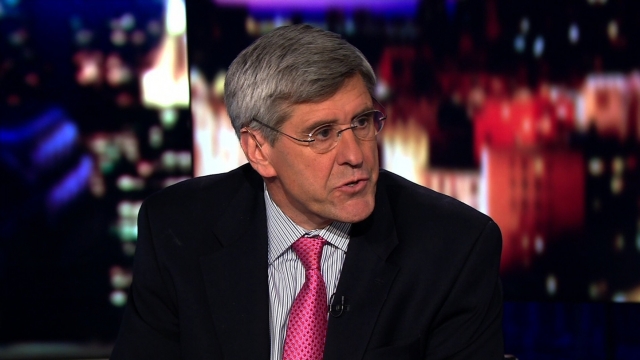 President Donald Trump's pick for the Federal Reserve Board of Governors, Stephen Moore, has withdrawn from consideration.

The president made the announcement in a tweet Thursday, calling Moore "a great pro-growth economist and a truly fine person." Moore is an economic commentator and former Trump campaign adviser.

In a letter to President Trump announcing his withdrawal, Moore said, "Unrelenting attacks on my character have become untenable for me and my family."

Moore has faced criticism for things he's said about women in the past. In two op-eds, Moore said professional women athletes wanted "equal pay for inferior work" and cautioned that women earning more than men "could be disruptive to family stability."

"I think men and women should make the same for the same work, by and large," said Powell. "I think we're getting in here to commenting on a nominee to the Fed indirectly, and that's something I'd rather avoid."

President Trump says he'll have Moore stick around to "work with me toward future economic growth in our country."