Stephen Hawking Says Only Cooperation Can Save The Planet 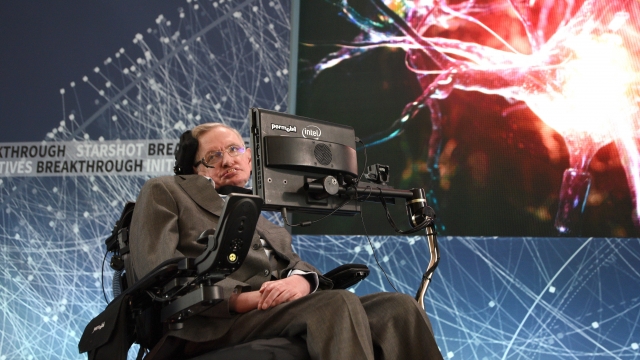 Lately, Stephen Hawking has been less focused on scientific breakthroughs and more worried about warning people what the future of Earth could be if it continues on the present trajectory.

The Guardian published a letter from Hawking where he warned that recent divisive votes like the election of Donald Trump and the U.K.'s decision to leave the EU are backlashes against growing inequality across the world.

In the letter, Hawking argues that now is the time to come together to support the poorest among us by working together as a global community, instead of insulating ourselves in nationalism, as Brexit and Trump aim to do.

Hawking is worried isolationism will make it more difficult to address issues like climate change on a global scale. He writes, "We now have the technology to destroy the planet on which we live, but have not yet developed the ability to escape it."

Hawking recently said in an Oxford University lecture that mounting environmental challenges and the depletion of natural resources means that humanity has at most 1,000 years left on Earth.

The renowned astrophysicist did say he was hopeful that humans would be able to figure out a way to travel to Mars or other suitable planets before that happens.

NASA is currently looking across space for planets beyond our solar system that could host human life. Elon Musk estimated that SpaceX will be able to send humans to Mars within the next decade.

Hawking said that automation in factories is unavoidable at this point but will lead to higher income inequality and that people who used to hold manufacturing jobs will need to adapt to more mechanization in the working world.