What Stephen Hawking's Last Theory Has To Say About The Universe 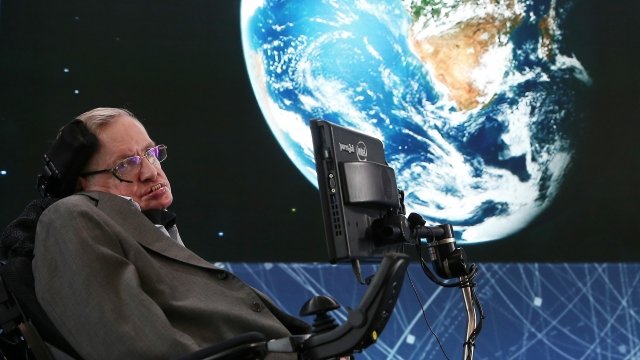 The last scientific paper Stephen Hawking worked on has been published, and like a lot of Hawking's work, it deals with the nature of the universe, including the Big Bang, cosmic inflation and that theory beloved by science fiction writers everywhere: the multiverse.

The paper outlines a new idea about inflation, which is one of the theories physicists use to try to make sense of the Big Bang. Right now, physicists generally think that when the universe first started expanding after the Big Bang, there was a brief moment when it ballooned in size rapidly — in other words, inflated — and then slowed down.

The current most popular model for how that inflation happened is called "eternal inflation." Among other things, it predicts an infinite number of universes exist alongside our own. Some of those universes could appear very similar to ours, while others might have completely different laws of physics. 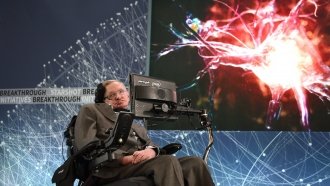 Hawking Brought Profound Science To The Masses Like Few Others

But Hawking said he wasn't a fan of that theory — and other physicists agree — in part because it's impossible to test. There's no good way to observe other universes if they're following completely unrecognizable laws.

So the new paper attempts to simplify things, challenging some of the assumptions of eternal inflation. It predicts a much more limited multiverse where other universes aren't so different from ours.

According to Hawking's co-author Thomas Hertog, we could potentially test their theory using something we've heard about a lot in the past few years: gravitational waves. He says these ripples in space-time might carry subtle hints that could help physicists determine which theories about the Big Bang are more likely — but we'll need the right tools to find them.

The European Space Agency has a project underway to build gravitational wave detectors in space that should be sensitive enough to find the faint signals Hertog talks about. The detectors are expected to launch sometime in the 2030s.