Hawking Brought Profound Science To The Masses Like Few Others 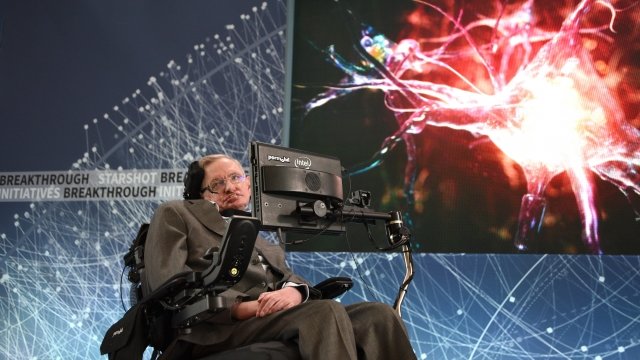 SMS
Hawking Brought Profound Science To The Masses Like Few Others
By Steven Sparkman
By Steven Sparkman
March 14, 2018
For nearly 30 years, Stephen Hawking taught the public about the origins of the universe and the nature of time.
SHOW TRANSCRIPT

Stephen Hawking had an inspiring life story and an impressive scientific career. But he was such a beloved figure because he introduced the public to some of the biggest questions in science.

Hawking published more than a dozen popular science books over nearly 30 years. He also explained the nature of the universe in documentaries and cracked jokes in sitcoms.

Of course, there were science popularizers before Hawking: Researchers like Jane Goodall and Richard Dawkins changed the way we think about ourselves. Conservationists like Rachel Carson and Jacques Cousteau changed the way we think about our world. Even physicists like Richard Feynman helped introduce laymen to some of the stranger workings of the universe. 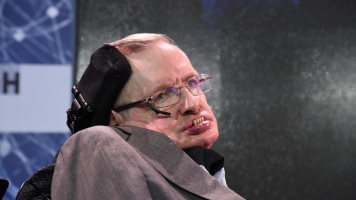 What Stephen Hawking Doesn't Know, And What He Knows All Too Well

But Hawking's work addressed some of the most captivating questions, like the origin of the cosmos and the nature of time. And only a handful of scientists, like Carl Sagan and Stephen Jay Gould, were as prolific as Hawking at teaching the public about difficult topics.

Now, there's no shortage of science popularizers. Physicists like Sean Carroll and Lisa Randall help unravel weird concepts like entropy and extra dimensions. And media fixtures like Neil deGrasse Tyson and Michio Kaku still keep the public informed about those big questions about the universe.

But we can credit Hawking with inspiring many of the current generation of scientists not just to do their research, but also to share it with the rest of us.