Colbert Tried To Send Obama A Message Via Microwave 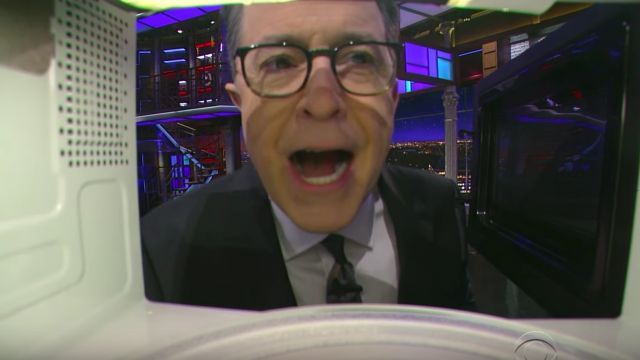 Stephen Colbert whispered into a microwave with a Hot Pocket crammed into his mouth.

"The Late Show" host was making fun of what White House adviser Kellyanne Conway said during an interview with The Record, a newspaper in New Jersey. Conway said there are a number of ways to surveil someone, including phones and TVs — even microwaves.

She later went on CNN and tried to clarify her statement.

"I don't believe people are using the microwave to spy on the Trump campaign," she said. "However, I am not in the job of having evidence. That's what investigations are for."

The president, as you might remember, accused former President Barack Obama of wiretapping the phones in Trump Tower. President Donald Trump has yet to provide any evidence to support his claim.