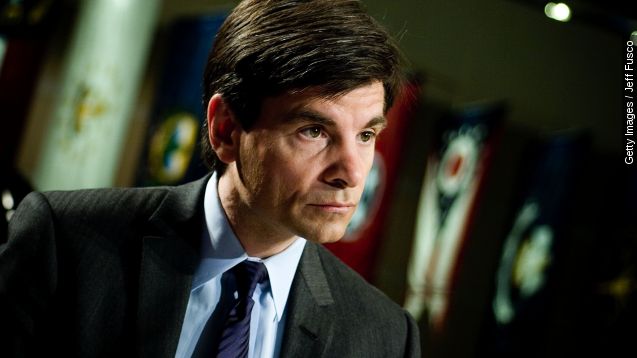 ABC anchor George Stephanopoulos disclosed he made $75,000 in donations to the Clinton Foundation, raising eyebrows about an April interview.

"As you know, the Democrats have said this is indication of your partisan interest. They say you used to work for President Bush as a speech writer. You are funded by the Koch brothers," George Stephanopoulos told "Clinton Cash" author Peter Schweizer during an April interview.

That was an April interview between George Stephanopoulos and the author of "Clinton Cash," a book that alleges donations to the Clinton Foundation influenced Hillary Clinton's actions. At the time, some called the interview overly aggressive.

Now it looks like Stephanopoulos might catch a little more heat. On Thursday, Politico reported the ABC anchor donated $50,000 to The Clinton Foundation but never disclosed it. The outlet later issued a correction saying the amount Stephanopoulos donated was $75,000.

Stephanopoulos gave a statement to Politico's On Media blog Thursday, saying: "I made charitable donations to the Foundation in support of the work they're doing. ... I thought that my contributions were a matter of public record."

The donations came in the form of three payments of $25,000 to The Clinton Foundation in 2012, 2013 and 2014. The Washington Free Beacon originally contacted ABC for comment on the donations.

Schweizer may not have passed up the opportunity to take a dig at Stephanopoulos, but it seems the ABC host wasn't the only one who thought Schweizer's book warranted some scrutiny.

Amazon emailed customers who had bought the Kindle version on Tuesday, telling them "significant revisions" had been made. Schweizer's publisher said "seven or eight" passages had been corrected.

The publisher, HarperCollins, also released a statement calling the notification routine and said the revisions were actually minor.

ABC released its own statement defending Stephanopoulos, saying he donated in support of causes he cares deeply about — global AIDS prevention and deforestation.

This video includes images from Getty Images and ActuaLitté / CC BY SA 2.0.