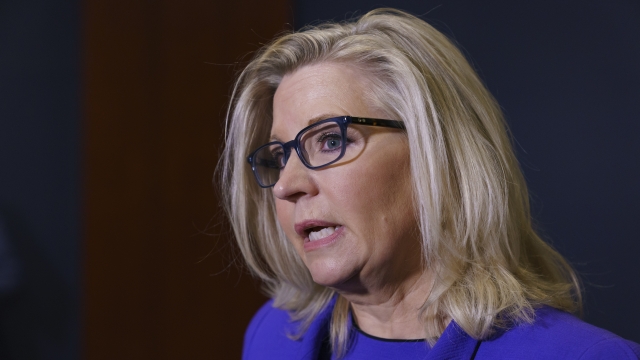 SMS
Stefanik, Cheney Weigh In On Conference Chair Vote
By Eliana Moreno
By Eliana Moreno
May 17, 2021
Rep. Liz Cheney and her replacement as GOP conference chair, Rep. Elise Stefanik, both went on Sunday talk shows to talk about the party's future.
SHOW TRANSCRIPT

Rep. Liz Cheney and her replacement as GOP conference chair, Rep. Elise Stefanik, both went on Sunday talk shows to talk about the future of the Republican Party.

Last week, House Republicans voted to remove Cheney as No. 3 in the House.

She faced backlash for speaking out against Donald Trump, condemning his lies about the election results, and vowing to not support him if he runs for president again.

"There are some things that have to be bigger than party, that have to be bigger than partisanship. Our oath to the Constitution is one of those," Cheney said. "I've seen countries, I've worked in countries around the world where you don't have a peaceful transition of power. What's happening right now with Donald Trump and his continued attacks on the Constitution and the rule of law is dangerous."

"Republicans are looking forward," Stefanik said. "We are unified and we are talking about conservative principles. President Trump is an important voice in the Republican Party."

Trump has not signaled whether he'll run for president again in 2024.