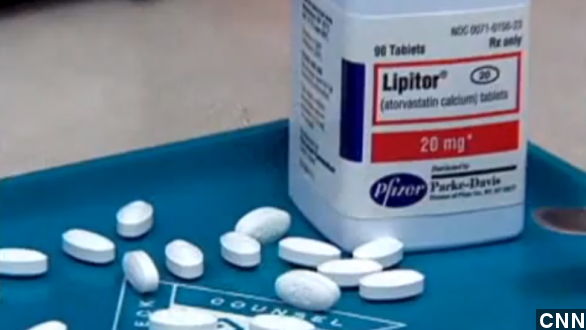 ​We all know that getting some men to go to the doctor can be difficult — but here’s some news that might make those suffering from high cholesterol more likely to make that appointment.

A new study from Rutgers Robert Wood Johnson Medical School found that statins, drugs typically given to reduce bad cholesterol and lower the risk of heart attack, may improve erectile function in men. (Via American College of Cardiology)

The meta-analysis looked at 14 previous studies and found the drugs had a statistically significant effect on erectile function. Those taking statins reported an overall improvement of 24.3 percent. (Via AstraZeneca)

But, while significant, the researchers behind the study say statins may not be ready to take on that little blue pill.

Quoted by Counsel and Heal, lead investigator John Kostis said, "The increase in erectile function scores with statins was approximately one-third to one-half of what has been reported with drugs like Viagra, Cialis or Levitra."

The researchers also note that statins shouldn’t be used by men who don't have high cholesterol just for the erectile effects, though it might make those with high cholesterol more likely to stay on their medication. (Via Medicalresearch.com)

Researchers pointed out erectile improvement from statins was greater than just altering lifestyle habits. The study was published in the The Journal of Sexual Medicine.