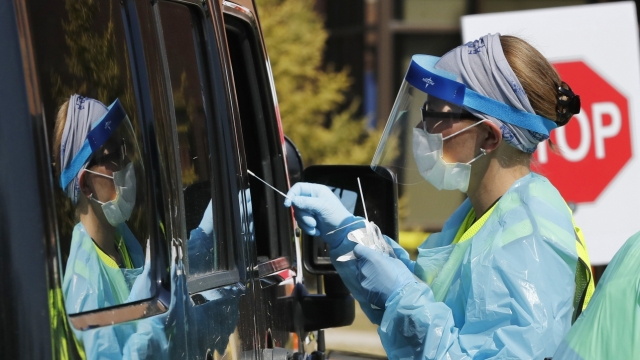 SMS
Bipartisan Group Of States Team Up To Buy Rapid COVID-19 Tests
By Katherine Biek
By Katherine Biek
August 5, 2020
This type of antigen test can quickly detect if an individual has COVID-19 in as little as 15 to 20 minutes.
SHOW TRANSCRIPT

As coronavirus case numbers continue to rise in the U.S., some states want to speed up testing.

Under a pact announced Tuesday, seven states led by a bipartisan group of governors are teaming up to purchase 3.5 million rapid antigen tests. This type of test can quickly detect if an individual has COVID-19 in as little as 15 to 20 minutes.

The states are Maryland, Virginia, Louisiana, Michigan, Ohio, Massachusetts and North Carolina. The group is already in touch with two test manufacturers. Each state will receive 500,000 tests.

The U.S. does not have a national testing strategy. Instead, President Donald Trump previously told Congress that it's up to each state to establish its own testing program.

The group said other state and local governments are welcome to join their effort to buy the rapid tests.