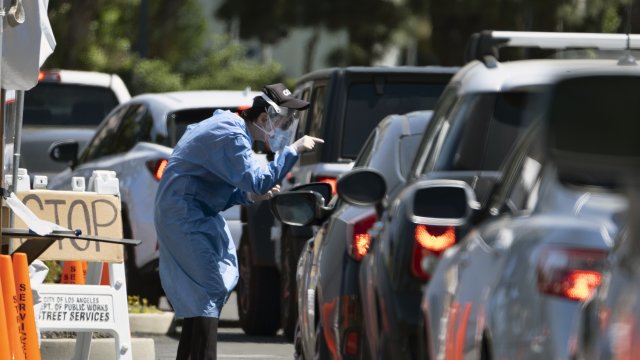 An Associated Press analysis says many states moving to reopen do not meet testing minimums for COVID-19 that health experts say are necessary to keep the public safe.

Georgia, Iowa and Oklahoma have lifted stay at home orders and reopened select businesses. Those states were below the 2 percent recommendation by many health experts. Without robust testing, these experts say states will be unable to detect outbreaks quickly enough to contain them, which could lead to a return of massive shutdowns.

Throughout the coronavirus pandemic, states have stressed they don't have enough supplies to conduct the amount of testing health experts say should be done to ensure safety. The Trump administration has said that testing is primarily a state responsibility and the federal government should be their "last resort."

The United States has more than 1.1 million confirmed cases of the coronavirus. However, many researchers fear there are far more cases than reported due to a lack of testing and the lack of symptoms in some people.