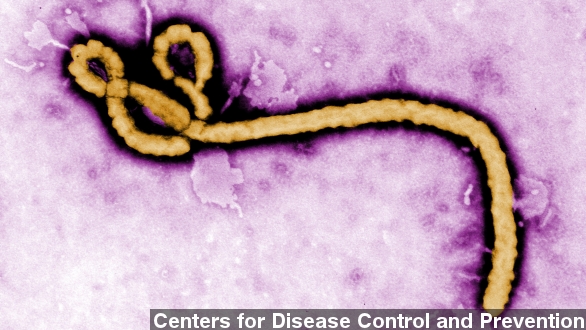 Nurse Kaci Hickox is looking at her legal options after being ordered to stay in her home for the rest of her 21-day quarantine.

The Doctors Without Borders nurse is with her boyfriend in Fort Kent, Maine, near the Canadian border. It's from there she talked to Matt Lauer Wednesday morning.

HICKOX VIA NBC: "You know, I don't plan on sticking to the guidelines. I remain appalled by these home quarantine policies that have been forced upon me even though I'm in perfectly good health."

Hickox says if the quarantine isn't lifted by Thursday, she'd violate the quarantine and take her complaints to court. Hickox's case has highlighted the differences between the White House's stance on Ebola response and that of the governors from some states.

Specifically, the governors of New York and New Jersey, who have instituted quarantines for health workers, which the president himself implied he was against on Tuesday. (Video via CBS)

PRESIDENT BARACK OBAMA VIA THE WHITE HOUSE: "We want to make sure that when they come back that we are prudent ... but we don't want to do things that aren't based on science or best practices because if we do, we're just putting another barrier on somebody who's already doing really important work on our behalf."

Those comments echo the federal response to Ebola, which has pushed the need to not panic and cited health experts who say quarantines and travel bans aren't the best way to approach the virus.

As Politico reports, popular opinion has been overwhelmingly skewed toward quarantine, with 80 percent of Americans polled saying they support the measure.

Still, there are some signs that the fear of Ebola among the general public is abating. Bloomberg points to a poll that found fear of Ebola wreaking havoc in the U.S. has dropped from 69 percent in early October to 61 percent Wednesday.

As for Hickox, the governor of Maine said the state is exploring legal options to enforce her quarantine.