State Politics Could Affect You More Than Clinton Or Trump 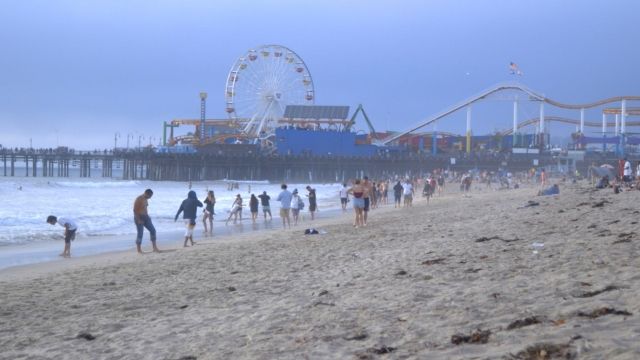 In the last installment of our #OffTheTrail series, we talk about just how important state-level politics can be.

Newsy's Kate Grumke: We made it to California! Newsy's Zach Toombs: We're finally here. We've driven across the country. We started in Washington, D.C. We're now at the Santa Monica boardwalk.

Grumke: We've put 4,000 miles on that minivan that we've spent the last three weeks in, and we're finally here. Toombs: The point of this trip was to talk about the issues that are being pushed to the sidelines in this campaign season. And regularly, one thing that always gets overshadowed by the flashy presidential election are all of the ballot initiatives — all of the propositions at the state level across the country. And nowhere is that more important, probably, this year, than in California. Grumke: So, California is the sixth-largest economy in the world. That's comparing it to countries. It falls at No. 6. California has recreational marijuana on the ballot, and that means, if they pass it, the sixth-largest economy in the world will have recreational marijuana. Toombs: And it's not just weed. On all sorts of hot-button issues, Californians will go to the polls in November, and they'll cast a vote that will decide where the state stands on guns, on tobacco taxes, on the death penalty.

Grumke: On bilingual education in schools. You should look up in your state what the ballot measures are, because, in some ways, that can have an even bigger impact on your life than the presidential election. Toombs: So Kate, the series is done. We got as far off the campaign trail as we possibly could. Now, let's enjoy our time on the other side of the country from Washington before we're forced back to reality. Grumke: Sounds good.