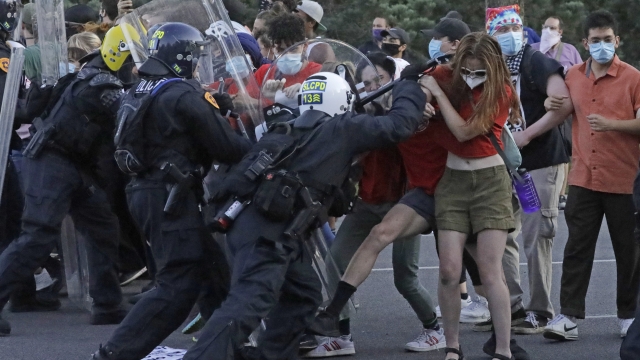 Protests broke out after the fatal shooting of Bernardo Palacios-Carbajal by police was declared justified.

Utah’s governor has declared a state of emergency in response to protests over a fatal police shooting in May.

On Thursday, the Salt Lake County District Attorney announced that the police shooting that resulted in the death of Bernardo Palacios-Carbajal was justified. The 22-year-old was reportedly shot more than a dozen times on May 23 when officers responded to a report of someone making threats with a weapon.

The Salt Lake City Police Department said the protest was ultimately deemed an “unlawful assembly,” and that at least two arrests were made. One officer was injured.

According to CNN, the state of emergency will remain in place through July 13. Palacios-Carbajal's family is reportedly planning to file a civil lawsuit in response to the district attorney's decision.