State Of Emergency Declared Ahead Of 'Unite The Right' Anniversary 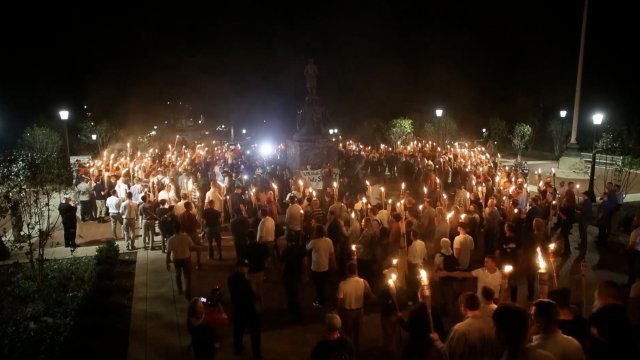 The governor of Virginia declared a state of emergency ahead of the anniversary of the Charlottesville protests.

Last year's "Unite the Right" rally sparked violence in Charlottesville that led to the deaths of one counter-protester and two state troopers.

Multiple events are planned to mark the anniversary. Gov. Ralph Northam said he hopes everything stays peaceful, but he also urged Virginians not to engage with "planned demonstrations of hate, should those arise."

The state of emergency declarations from Aug. 10-12 allow the state and city to mobilize more resources to help maintain the peace.