State Gas Tax Holiday To Bring Relief At The Pump 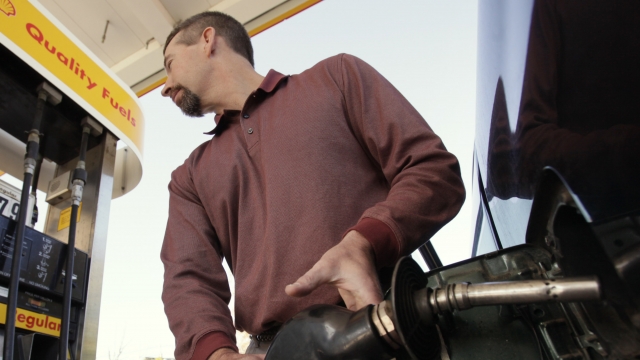 Lawmakers in both Georgia and Maryland passed a 'state gas tax holiday' in the last week that will temporarily suspend state gas taxes providing relief for millions of drivers.

Right now, according to AAA, the national average price for a gallon of gasoline is a whopping $4.27.

In Georgia, the price is five cents less, but in the days ahead car, truck and motorcycle owners could see themselves saving as much as 29 cents per gallon. So, if you have car with 10 gallons, that's nearly a $3 savings every time you fill up.

In Maryland, it is even better news. The 30-day suspension of the state gas tax could save drivers as much as 36.1 cents per gallon.

One year ago, the price of a regular gallon of gas was a comforting 2 dollars and 88 cents. But raging inflation and now a war in Ukraine have seen price soar by almost double in states like California. The result has been punishment at the pump.

For Georgia, the desire to pass on gas savings to their residents has been a bipartisan effort.

Lawmakers in both chambers of the general assembly approved the House Bill 304 without opposition.

"Today, I signed HB-304 to temporarily halt collection of the state gas tax and ease the burden. Consumers are feeling at the pump," said Georgia Governor Brian Kemp.

Some economists and energy experts do express concerns that there is no guarantee customers will see any savings as the legislation does not force gas companies to pass the savings on.

At the federal level Democratic Senator Raphael Warnock is proposing to waive the federal gas tax that would last through the remainder of the year.

In theory, if the federal gas tax is suspended that would provide more savings to the consumer at the pump.

That's about an additional 18 cents per gallon in savings.

Although this may provide temporary relief, consumers in Georgia, to quote an English folklore are essentially robbing Peter to pay Paul.

In a report published by the University of Pennsylvania on the effects of a federal gas tax holiday, it estimated that consumers would result in around only $50 in savings, based on current gas prices. 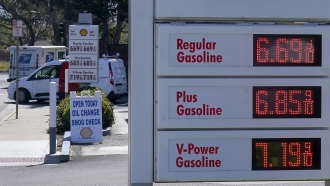 California Car Owners Could Get Up To $800 For Gas

"Suspending the federal gas tax from March to December 2022 would lower average gasoline spending per capita between $16 and $47," the report stated. But this short-term savings comes at a big cost of the future, this study found that this would lower federal tax revenue by about $20 billion over that period.

For Georgia suspending collections could cost the state up to $400 million that would be used for road building and other transportation projects.

But with gas prices showing no signs of returning to the low levels of a year ago customers are ready to embrace this new trend.