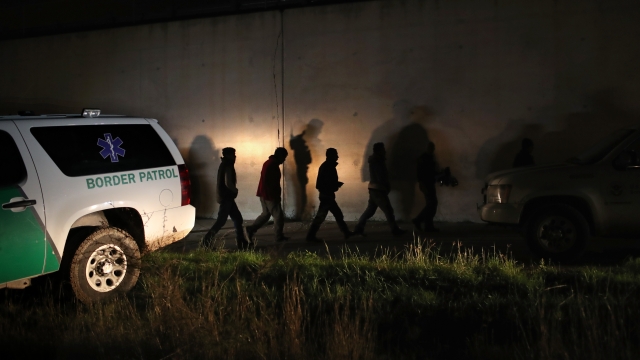 The Trump administration has proposed cutting the number of refugees accepted into the U.S. through the United States Refugee Admissions Program.

The State Department sent the proposal to Congress on Thursday. In the news release, it said it would accept 18,000 refugees for fiscal year 2020, down from 30,000. It said it anticipates receiving more than 368,000 new refugees and asylum claims during that fiscal year.

The department backed up its proposal arguing: "This refugee admissions proposal reaffirms America’s enduring commitment to assist the world’s displaced people, while fulfilling our first duty to protect and serve the American people."

Right now, there is a backlog of more than one million asylum cases in U.S. immigration courts.

The department said it's making it a priority to keep most of the spots available for "people persecuted on account of their religious beliefs, Iraqis whose assistance to the United States has put them in danger, and legitimate refugees from Northern Triangle countries."

In a statement, the executive director of the National Immigration Forum responded to the news and said: "Such a low cap will further undermine the U.S. refugee resettlement program, hurt the network that helps refugees integrate, and damage our nation’s standing in the world."

The move is part of the administration's efforts to reduce the number of legal and illegal immigrants coming into the U.S.

Now that Congress has the proposal, lawmakers will consult the report before it heads to President Donald Trump's desk for his signature.