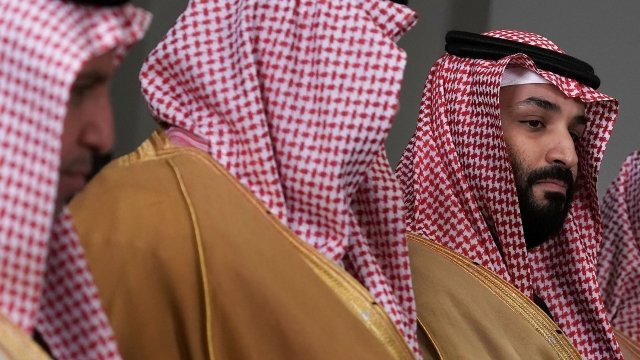 The State Department said Saturday that the U.S. government is not ready to draw a conclusion about whether Saudi Crown Prince Mohammed bin Salman ordered the killing of journalist Jamal Khashoggi. A spokeswoman said "there remain numerous unanswered questions" and the department "will continue to seek all relevant facts" while "maintaining the important strategic relationship" between the two countries.

The State Department did not directly address the CIA's conclusion that Mohammed ordered the killing, which was first reported by The Washington Post on Friday, citing "people familiar with the matter."

Those sources say the CIA's conclusion is based on several sources of intelligence. They include an intercepted call from the prince's brother and an audio recording from the consulate where Khashoggi was killed. The Post reports the CIA has also confirmed direct links between members of the Saudi hit team and the crown prince.

The Post's sources say the prince directed his brother to call Khashoggi and urge him to go to the consulate to pick up some documents. That's when a team of Saudi agents flew to Istanbul on a government plane and killed the journalist, who was a contributor for The Washington Post.

This news comes days after the U.S. announced sanctions on 17 people who "targeted and brutally killed a journalist who resided and worked in the United States."