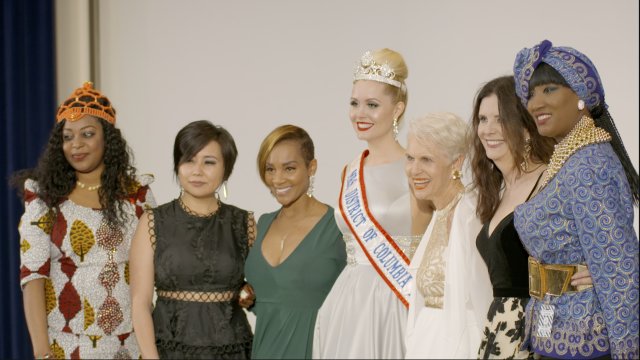 Fashion isn't the biggest issue Czech Ambassador Hynek Kmoníček has to deal with in his day-to-day work. But the ambassador was a perfect fit to host the Glamour and Diplomacy exhibition at the State Department, which celebrated the role fashion plays in international diplomacy.

The Ambassador told Newsy, "Washington is ready for fashion. But you must find people, you must hire people who are forced to be fashionable, which is diplomats, right?"

22 different nations were represented at the event, which was sponsored by the Associates of American Foreign Service Worldwide. The models included the Ambassador from the African Union, as well as the wives of other ambassadors and diplomats — including Kmoníček's wife Indira Gumarova.

Fashion diplomacy in the U.S. dates back to Benjamin Franklin, whose tenure as Ambassador to France was partially defined by his attention-grabbing fur hat.

More recently, former Secretary of State Madeleine Albright was famous for sending messages through her jewelry, wearing different pins to indicate what was on her agenda for the day.

Ambassador Kmoníček said: "This is the concept which we try to continue and develop. The words and the collection of signs is called style. And the style is everything that fashion is about."