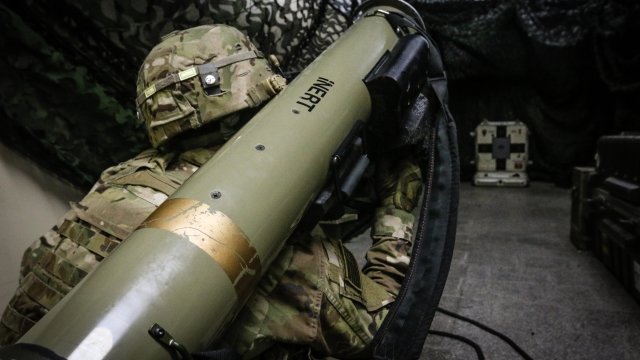 The Pentagon said the sale wouldn't upset the military balance in the region.

The Pentagon announced the State Department approved the sale of anti-tank missiles to Ukraine.

Congress has 30 days to approve the sale, which includes 210 Javelin missiles and 37 launch units. The sale will include training on how to use the devices. The Pentagon said the total cost shouldn't exceed $47 million.

The Pentagon said the sale wouldn't upset the military balance in the region. Since Russia annexed part of the country, separatists the U.S. believes to be backed by Russia have fought a bloody three-year war against Kiev. More than 10,000 people have died.

The Obama administration had been reluctant to sell certain weapons to Ukraine out of concern it might escalate tensions in the area. Trump administration officials have said the anti-tank missiles are defensive weapons and only pose a risk to an outside aggressor.