State Department: Unattractive? You Might Get Robbed On Spring Break 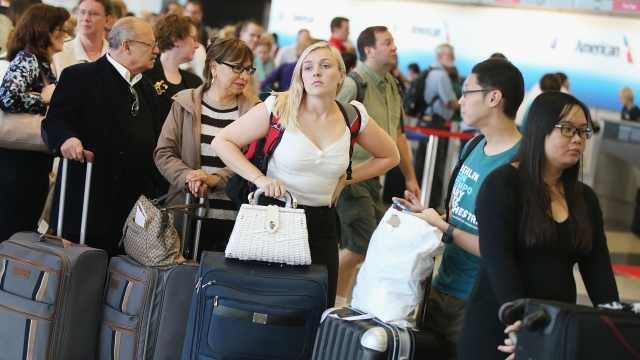 The U.S. State Department is in hot water on Twitter after warning that less-attractive people might get scammed overseas.

Be careful, spring breakers. The State Department has warned that if you don't keep your self-esteem in check when traveling overseas, you could get robbed.

A tweet posted Wednesday by the Bureau of Consular Affairs read, "Not a '10' in the US? Then not a 10 overseas. Beware of being lured into buying expensive drinks or worse — being robbed. #springbreakingbadly."

The agency's travel-focused Twitter account has been tweeting out advice for spring breakers that is probably intended to be somewhat humorous.

Most of it is obvious, like this one advising people to make sure they have enough money to get home. Others warn people of being tricked into carrying a suitcase lined with cocaine.

But a lot of people didn't seem to find the tweet about being a "10" all that funny. Many Twitter users took offense and hurled a barrage of sarcastic comments at the agency.

And, of course, it was only a matter of time before a parody account cropped up. Its first tweet read, "Are you hot enough to work at the state department? We're hiring!"

The State Department later deleted the tweet and issued an apology. It also appears to have given up on the spring break travel warnings for now.