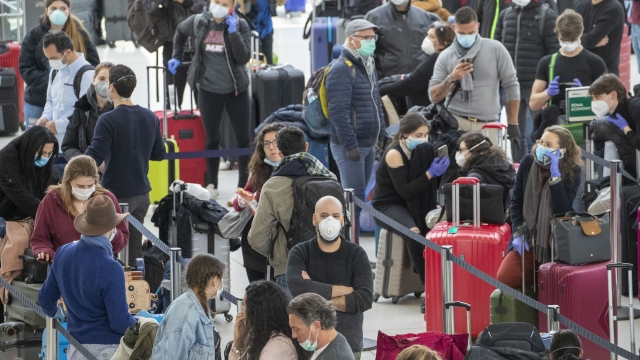 The Department of State says it is continuing its efforts to repatriate thousands of Americans from overseas as the coronavirus outbreak persists.

On Twitter Tuesday, Secretary of State, Mike Pompeo wrote, "Thus far, we have brought home over 9,000 U.S. citizens from 28 countries."

These efforts come as countries around the world halt travel and close their borders in an effort to reduce the spread of the virus. According to Johns Hopkins University, more than 428,000 cases have been confirmed worldwide.

Meanwhile, mounting pressure is being placed on the State Department and White House officials to rescue as many as 5,000 Americans stranded in Peru, according to The Hill.

American citizens abroad are being asked to register with the department online if they haven't done so, so that they can be put into contact with the nearest U.S. embassy or consulate.