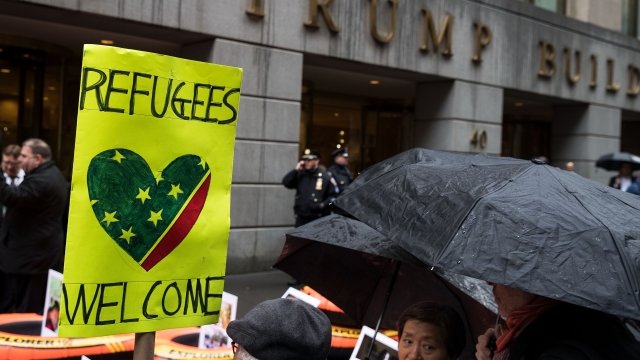 By Lindsey Pulse
June 24, 2017
Refugee arrivals in the U.S. have dropped by almost half since President Trump took office — but it's not that simple.
SHOW TRANSCRIPT

You might have seen reports that the number of refugees entering the U.S. has been cut nearly in half since President Trump took office — but it's not quite that simple.

The State Department reports more than 13,000 refugees entered the United States from January to March in 2017. In the last three months of former President Barack Obama's term, that number was over 25,000.

But from January to March in 2016, refugee arrivals were only 12 percent higher than during the same quarter this year.

The timeline distinction matters because the Obama administration increased the number of refugees it admitted shortly before handing the Oval Office over to Trump.

That's not to say Trump doesn't want to curb U.S. refugee intake. He's sought to cap the number of total refugees entering the states at 50,000 for the 2017 fiscal year. 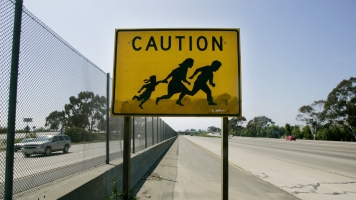 The US Might Be Breaking International Refugee Rules It Helped Create

The State Department release also comes as the Supreme Court considers whether to hear — and potentially reinstate — the administration's travel ban.

The ban, which temporarily bars citizens of six Muslim-majority countries from entering the U.S., has been blocked by a number of lower U.S. courts.

The nation's highest court is expected to announce whether it will hear the case to reinstate the travel ban in the next week.