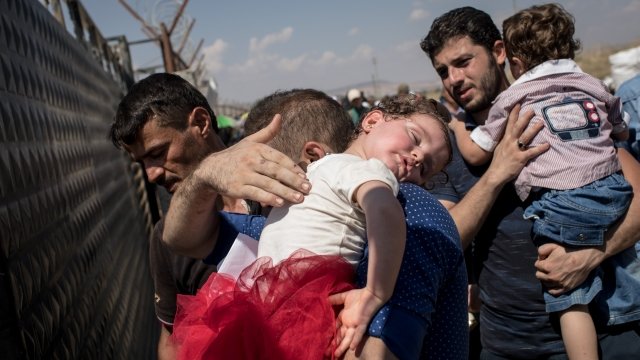 SMS
State Department Proposes Lowest Refugee Admission Cap Ever
By Jake Jones
By Jake Jones
September 28, 2017
The Trump administration told Congress it wants to cap the number of refugees admitted to the U.S. at 45,000 during the next fiscal year.
SHOW TRANSCRIPT

The Trump administration wants to cap the number of refugees admitted to the U.S. at 45,000 during the next fiscal year.

That would be the lowest refugee admission ceiling since the law establishing the ceiling was first put in place.

The numbers of refugees admitted has fluctuated over time, though, and hasn't always kept pace with the cap. Notably in 2002, admissions dropped by more than 60 percent, while the admission cap only fell by 12.5 percent.

It will overlap with President Donald Trump's previous immigration executive order, which might still be headed for a Supreme Court challenge. That order bars refugees without a "bona fide" link to the U.S. from entering until it expires Oct. 24. 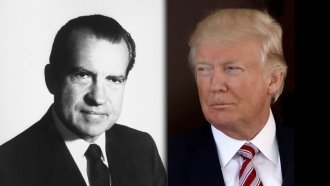 The proposal also comes after the administration drafted a new ban on travel from eight countries, which replaced Trump's controversial ban on travelers from several predominantly Muslim countries.

That order, however, doesn't mention new restrictions on refugees.