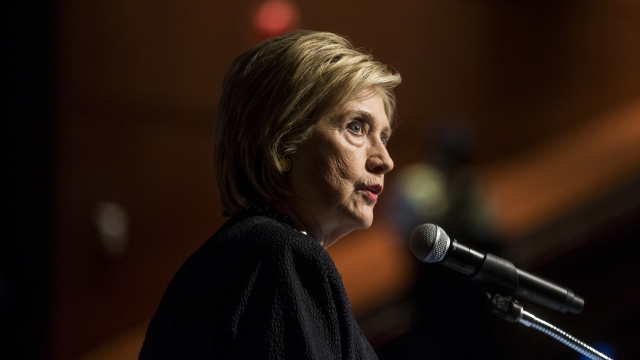 As many as 130 government officials, senior and lower-level, are now being looked at in connection to then-Secretary of State Hillary Clinton's emails.

The 130 officials include prominent ambassadors and assistant secretaries of state. There are also dozens of career bureaucrats who sent emails to Clinton's private inbox in an effort to get important messages to her quickly.

Clinton's emails became a topic of public discussion during the 2016 presidential race, when she ran against President Trump. Clinton reportedly deleted some 33,000 emails that contained "potentially sensitive information" and were sent on a private server.

According to letters obtained by the Washington Post, the State Department began contacting these officials 18 months ago saying, they "have been identified as possibly bearing some culpability," and that emails they sent years ago have been recategorized as "classified."

The investigation picked up over the last month, but State Department officials say the probe into Clinton's emails began toward the end of the Obama administration.

The Post said none of the emails it reviewed contained any sensitive information about "classified U.S. initiatives or programs." A former official said the investigation has been "an obscene abuse of power and time involving so many people for so many years."

A senior State Department official said the focus on Clinton's emails "has nothing to do with who is in the White House. This is about the time it took to go through millions of emails, which is about three and a half years."