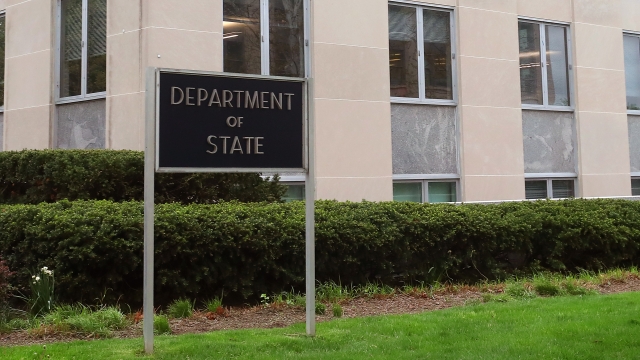 According to CNN, the briefing in the House was originally supposed to focus on the situation in the East African country of Burundi, but congressional staff asked for it to be changed after the U.S. killed Iranian Maj. Gen. Qasem Soleimani.

A House aide told Politico, which first reported on the cancellations, that the embassy security briefing "is required by law every month" and that the State Department didn't explain why it was called off.

"We killed the No. 1 terrorist in the world, Soleimani, and it should have been done 20 years ago," President Trump said Monday.

Lawmakers have raised questions about whether killing Soleimani was justified. Secretary of State Mike Pompeo has said Soleimani was plotting an "imminent attack" that would put American lives at risk, but he hasn't gone into much detail about it.

"Many of the folks who work directly with me, who were at real risk in not only the embassy in Baghdad but embassies throughout the region, they were prepared to leave their families," Pompeo said.

On Monday, CNN reported State Department officials were not told about any imminent threats to four specific U.S. embassies. On Tuesday, Democratic Rep. John Garamendi said it was "becoming increasingly clear" that Soleimani's killing didn't have any legal justification.

"And so the president and Pompeo and others are simply screwing around, trying to find some reason or some justification," Garamendi said. "This is just one more example of the chaos of this administration. There's really no secondary plan here."

Newsy reached out to the State Department for comment, but has not heard back.