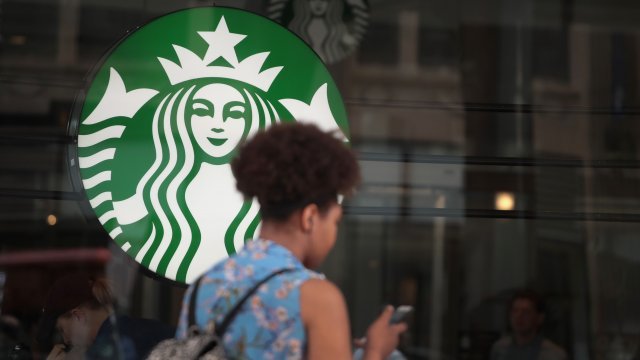 SMS
Starbucks To Close 3 Times More Stores In 2019 Than In Past Years
By Austin Kim
By Austin Kim
June 20, 2018
The coffee chain said it will shut down 150 "under-performing" stores, which will likely impact cities with lots of Starbucks locations.
SHOW TRANSCRIPT

Starbucks announced it's shutting down 150 "under-performing" stores in the U.S. next year. That's about three times more closures than in previous years.

It's unclear which stores will close. But the company said it will close locations in cities where there are already lots of stores. Instead, it'll concentrate on adding stores in "underpenetrated" markets.

Starbucks received significant public backlash in April when two black men were arrested at a store — an employee called police when they sat inside but didn't order anything. It prompted the coffee giant to close thousands of U.S. stores in May for a day of anti-bias training. On Tuesday, company officials admitted the training had an effect on its third quarter performance. It projects sales to grow 1 percent next quarter, which is below previous estimates.

To boost its sales, the Seattle-based coffee chain said it will focus on revamping its rewards program and growing its digital initiatives. It's also looking into expanding its tea and refreshment options, adding that customers are looking at more health-conscious drinks.