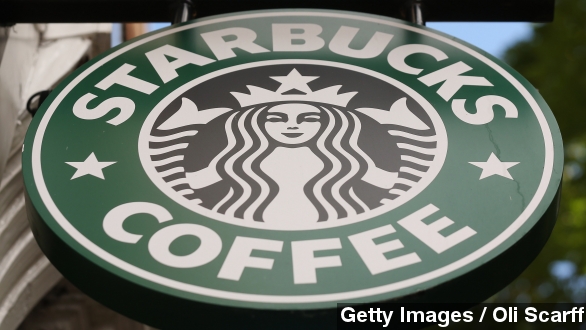 By Briana Koeneman
September 12, 2014
After some public criticism, Starbucks says it's considering shaking up its strict employee dress code, including its ban on visible tattoos.
SHOW TRANSCRIPT

Starbucks could be shaking up its employee dress code — including its strict policy on tattoos.

HLN: "Starbucks baristas may soon be able to bare ink, show their tattoos."

A Starbucks spokesperson told USA Today in an email Thursday the company is taking "a fresh look at how we create a more meaningful and relevant work experience for our partners," and that includes the ban on visible tattoos in the workplace.

The coffee giant now requires workers to cover up tattoos with long sleeves and long pants while they're on the job, a requirement that's been in place since the company was founded.

But it's been causing quite the stir in recent weeks, with Starbucks employee Kristie Williams posting a petition online to get the ban on ink lifted. It's gotten more than 22,000 signatures since it was created three weeks ago.

Another Starbucks worker in Michigan told WJBK in July her manager asked her to choose between her job and a small heart tattoo on her hand.

Those opposed to the ban say tattoos are a form of self-expression and workers shouldn't be forced to cover them up if they're not offensive or graphic.

And others argue tattoos should be accepted in the workplace because they're so prevalent these days. (Video via BBC)

And some big employers have decided to change with the times, with companies such as Bank of America, Wells Fargo and Dell allowing employees to have visible, nonoffensive tattoos.

Consulting firm CEO John Challenger told Forbes last year many employers favor professional skills over appearance. "Even in this tight job market, most companies aren't going to view tattoos too harshly. Companies have a vested interest in hiring the most qualified candidate."

So will Starbucks be next? The company plans to announce a dress code update in the next few weeks.