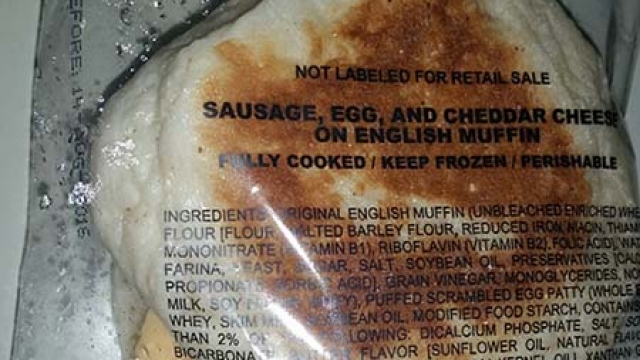 SMS
Starbucks Pulls Some Breakfast Sandwiches Over Listeria Concerns
By Katie Link
By Katie Link
March 7, 2016
The recall affects 250 stores in Arkansas, Texas and Oklahoma. So far, no one has reported becoming sick after eating one of the sandwiches.
SHOW TRANSCRIPT

You might want to stay away from the sausage, egg and cheese English muffin sandwich at Starbucks for a while.

The coffee chain is pulling sandwiches from 250 stores across Arkansas, Texas and Oklahoma "out of the abundance of caution" that they may be contaminated with listeria.

The sandwiches were made by Progressive Gourmet Inc. and sold in stores on March 3 and March 4. According to the FDA, listeria was found during routine testing at the production facility in Massachusetts.

As of March 4, no one had reported getting sick after eating the sandwiches, but according to Food Safety News, it can take up to 70 days for symptoms such as headache, fever and confusion to show up.

Oddly enough, if you live in one of those states, bought a sausage, egg and cheese breakfast sandwich and haven't eaten it yet — you can take it back for a full refund.