Starbucks Now Delivers, But Only To One Building 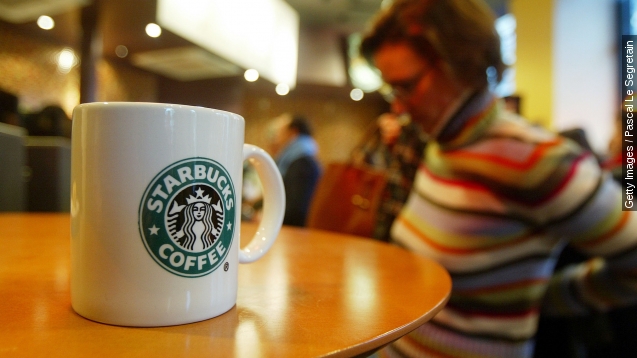 Starbucks is testing out delivery. But unless you work in the Empire State Building, you're out of luck.

Starbucks is testing out a delivery service. But for now, it's only available through a new location in the Empire State Building. (Video via Starbucks)

The service, called Green Apron Delivery, allows the building's tenants to order from a scaled-down menu and have it prepared for delivery within 30 minutes.

This is a building-specific strategy to the delivery service the company announced it would test earlier this year.

The new location in the Empire State Building won't make deliveries outside the building or even let tourists place orders at its location.

But the service Starbucks plans to test in Seattle sounds a bit more conventional. For that city, Starbucks is partnering with courier service Postmates. (Video via Starbucks)

For Starbucks, this is all about increasing customer traffic. An analyst told Wired: "Starbucks is about transactions per hour. There's certain hours where they have more customers than they have capacity for."

But seeing as it will likely take longer to complete orders, Starbucks and other restaurants toying with delivery can't guarantee it's worth the investment. Starbucks is probably thinking a delivery service will generate new sales rather than dip into regular customers.

Lately, the company has been testing a couple different ways to reach more customers, more quickly.

It opened an express store, also in New York City, and it debuted the Mobile Order & Pay app. That system lets customers place an order and pay for it on a smartphone before picking it up in the store.