Starbucks Launches Mobile Ordering So You Can Skip The Line 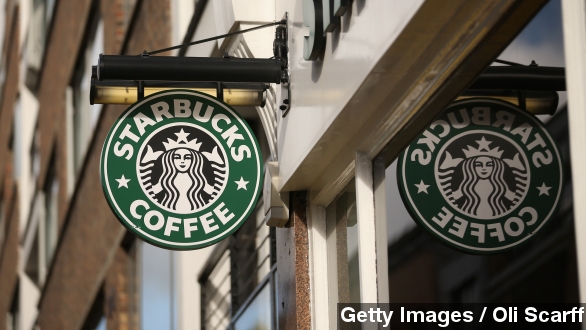 SMS
Starbucks Launches Mobile Ordering So You Can Skip The Line
By Mikah Sargent
By Mikah Sargent
December 4, 2014
Starbucks is rolling out a mobile ordering system that will allow customers to place an order on the go and skip the line at pick up.
SHOW TRANSCRIPT

If that mile-long Starbucks line has kept you from getting your caffeine fix in the past, we've got some news that's sure to pep you up.

Starbucks is going to let you circumvent that line all thanks to its new "Mobile Order & Pay" system.

So how does it work? It seems simple enough. You make your food and beverage choices via the Starbucks app, choose the store where you'll pick up your order and tap to pay. The app will give you approximate wait times and sends your order to the store as soon as you pay. (Video via Starbucks)

Starbucks has already rolled out the new feature in Portland, Oregon, but the rest of the nation will have to wait until 2015. And while it's only available on iOS right now, the company says Android will get it during the rollout. (Video via Apple)

But while getting to skip that long line for your morning pick-me-up is sure to please, speeding up your morning routine isn't the company's only goal.

In an interview with Wired, Starbucks' Chief Digital Officer suggests the feature will bring in more business by "eliminating the ‘pinch point’ of the line."

Not to mention the fact Starbucks isn't the only food and beverage company experimenting with the mobile ordering and payment system. Taco Bell and Chipotle are two of several that come to mind. (Videos via Chipotle, Taco Bell)

But we can't forget Starbucks is already kind of a champ when it comes to mobile payments.

In an interview with The Oregonian, Starbucks Chief Digital Officer said, "We already have this huge momentum and success in terms of cards, loyalty and mobile and it's leveraging that momentum that we've added in this new feature, this new capability -- it's actually a natural extension."

And GeekWire says Starbucks isn't done building out the service just yet — more features are on the way.

"They intend on learning from the experiences in Portland, and adding more features soon, like the ability to schedule a drink, have one delivered or timing it based on a person's proximity to a store."

So, will you give Starbucks' mobile ordering system a try when it comes to your city? Let us know in the comments below.