Starbucks Is Closing Thousands Of Stores For Racial-Bias Training 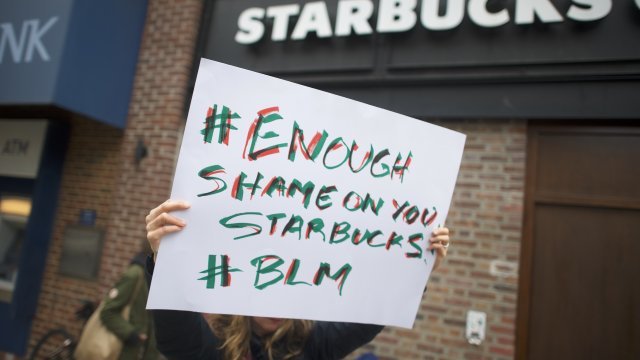 Starbucks says it's closing more than 8,000 of its U.S. stores for at least part of the day on May 29. It's planning racial bias training after two black men were arrested at a Philadelphia location last week.

The manager called the police after the men didn't order anything. They said they were waiting for a friend. The third party arrived just before police arrested the men for trespassing.

A video of part of the incident shows the men weren't disturbing anyone and complied with their arrest. The footage went viral, and critics protested and made accusations of racism.

After that, CEO Kevin Johnson apologized for the manager's actions and added Tuesday: "While this is not limited to Starbucks, we're committed to being a part of the solution. Closing our stores for racial bias training is just one step in a journey that requires dedication from every level of our company and partnerships in our local communities."

About 175,000 employees are expected to participate in the training.