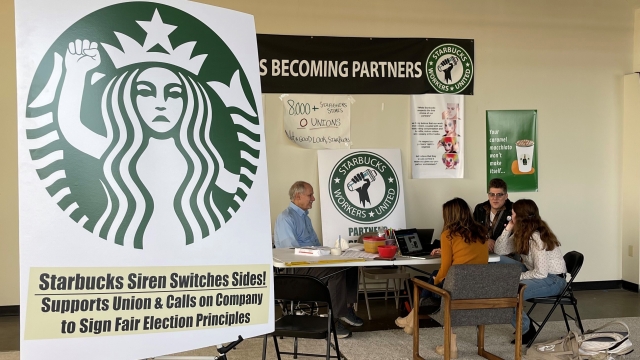 So far, employees at 54 U.S. stores have petitioned to unionize, hoping to reach the same success as the Buffalo, New York, store, which was the first location to strike a union agreement. 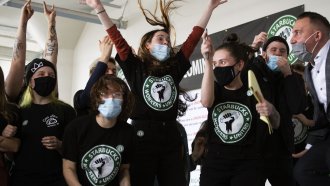 In A First, Starbucks Workers Agree To Union In Buffalo, NY

Áine Cain is a senior reporter at Business Insider. She says while the push for Starbucks employees to unionize is catching hold, it's going to take a while due to the vast number of stores across the U.S.

"I think it's important to remember that this is pretty much a drop in the bucket for Starbucks, which has to the tune of 9,000 locations," Cain said. "It's a slow-moving union push at this store, but it is significant because traditionally, restaurants and retail locations have been incredibly hard to organize with different unions."

She also believes Starbucks could start seeing employees leave their location for locations that have unionized.

"People are looking for more control of their work, higher pay, more secure pay and direct access to management," Cain said. "So having unions and representation could be a draw for some of those stores doing that."